Why not, William Shatner?

I’ve got a better question for you… Why not, William Shatner?!

Mr. Shatner has joined the Country Music Scene and we are overjoyed!

And, he didn’t just join us. He came in full force with great material, and amazing collaboration. This man was not messing around.

Now to his message. WHY NOT ME.

We look around us and we see sadness, despair, loneliness, depression, hopelessness, fear, anger, and anxiety due to an ever increasingly wicked world. The news is constantly reporting murders, suicides, immorality, dishonesty, theft, you name it. There are too many evil influences these days it seems.

But what if we each decide to make a difference?

What if instead of worrying and complaining, we each did out part to make the world a better, happier place? What a wonderful planet this would be if each one of us was a positive influence in the world?

There are so many simple things I can do each and every day to make an incredible impact in the world…so, ‘why not me?’

‘Why Not Me‘ is the title for the newly released album by Alabama’s, Jeff Cook and television star William Shatner. YES, you read correctly, the amazing and talented ACTOR, William Shatner, and my favorite Star Trek character!!

Jeff Cook signed on with Heartland Records in Nashville 2 years ago as a solo artist, and William Shatner signed on in January 2018.

The Artist Development Network / Twist of Lemmon Music in Nashville, TN is thrilled to announce the brand new CD release of, ‘WHY NOT ME’ recorded by multi award winning artist/musician Jeff Cook, a founding member of the highest selling country group in history “Alabama” and our favorite Star Trek captain, William Shatner!

Brian Curl, of Heartland Records in Nashville, TN was the key figure in making the project happen. Brian not only took the demo of Why Not Me to both Jeff and Shatner, but he also produced the album and is promoting it to the Country Music market.

This is one of the most anticipated Country albums and we are all excited to celebrate such a unique project.

Writers Corey Barker and Shawn Sackman deserve this wonderful opportunity to have their song included on the record. It’s a powerful message that I feel needs to be heard.

When looking at collaboration, Jeff Cook and William Shatner have so much individual talent, experience, and range that together they have created a match made in country history.

I have been a huge fan of Jeff Cook, one of the founding members of Country’s top band, Alabama as long as I can remember. He is not only a celebrated singer and songwriter,  he plays numerous instruments (of course, I’m partial to his fiddle ability) and did you know that Jeff obtained a when he was just 14 years old? That is focus!

And, William Shatner… that goes without saying. The cultural icon with the twinkle in his eye; from James T. Kirk, captain of the USS Enterprise, in the Star Trek franchise to veteran police detective, T.J Hooker.

That was just the beginning.

Actor, author, director, producer, and now, country music artist! At 87, Shatner is taking our music world by storm and we are loving it!

WHY NOT ME is available directly from Heartland Records by clicking HERE.

The Captain would want you to. 😉

I am thrilled that William Shatner loves Country music and recorded this album with his close friend of many years, Jeff Cook. This is double the treat to have both men on the song, ‘WHY NOT ME’ which Twist of Lemmon Music shares publishing with.

Most of the songs on the album were specifically written with the two icon’s musical and vocal styles in mind. There might even be one or two surprise artists featured on the album!

Many people outside of the music industry do not realize just how much hard work, determination, persistence, faith and talent go behind the scenes to finally open up an opportunity like this amazing project!

Written by Shawn Chadwick Sackman & Corey Lee Barker, the song, ‘WHY NOT ME‘ also features Neal McCoy (another amazing voice), with the vocal band, ‘HOME FREE.’

Purchase WHY NOT ME directly, HERE

Corey is a gifted songwriter, and he has been a friend and staff writer for over 20 years, co-writing with clients of the Artist Development Network in Nashville and making great music for over a decade. He is the radio manager at Power Source Music in Nashville, author of HIT HAPPENS & 101 Ways to Get Your Songs Recorded. Corey Barker has also had over 500 song cuts/placements over the years. Now, Corey Barker is the A&R rep for Heartland records in Nashville. A very busy man!

One of my very favorite clients, is Shawn Sackman from Northern CA. He is a multi-talented artist, with a string of success, credit, and experience to draw from. He began in the Tech Industry, which he did for over 20 years… but writing was his first and longstanding love. His first venture was writing poetry, and then, he published a book. Next, Shawn wrote a screenplay. The screenplay, was turned into a movie and sold to Universal. He began writing songs 8 years ago and he contacted me at the Artist Development Network in 2015 to help get his songs to the next level. Everything Shawn does is remarkable, and his ability as a lyricist is no different. He is absolutely incredible.

Shawn has been working quite regularly with a few of our pro songwriters in Nashville who helped him create original melodies and polish up some of his song lyrics. Shawn has so many great song ideas and was just needing the skills and experience of our accomplished songwriters to bring his material up to the level to increase the commercial and marketability of his music.

Corey Lee Barker and Shawn Chadwick Sackman co-wrote Shawn’s song, ‘WHY NOT ME’ which Shawn originally wrote in 2014.

And just like that, the beautiful music process we live for, began.

Our good friend, producer Larry Beaird produced the demo for, ‘WHY NOT ME’.

I asked Shawn what inspired the song. He said that the inspiration came from a feeling surrounded by a lot of negative messages in the news.  He said he wanted to write a song about not only seeing the needs of others, but to personally do something about it. He was hoping the song would be a positive influence on others to do the same. Shawn says that Corey embodies these same feelings and convictions so it was very easy to enlist his help to make the song what it is today.

I am so proud of Shawn for pursuing his dream, and it’s so rewarding to see his hard work pay off with this amazing project in which his song made the album.

These are the kinds of things that songwriters live for.

As you can easily see, it is never just one person or one idea. Working with amazing talent, and a great team, that’s where the magic happens. It’s in every step, every interaction, every positive choice you make each day. So, why not me?

Purchase WHY NOT ME directly, HERE

These guys are all exceptional musicians. I am beyond blessed to do what I do, each day. Below are just a couple photos from the Musicians of Beaird Music Group. 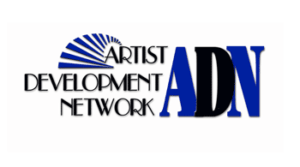 From Past to Present – God Bless America!