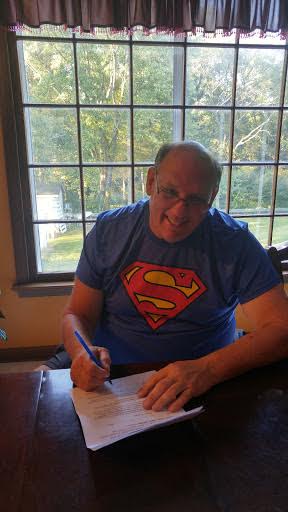 Twist of Lemmon Music is pleased to announce the recent signing of the impressive and versatile songwriter, Steven Wilhelm. Under the terms of the contract, Steven has agreed to a co-publishing contract representing his two original songs, co-written by Rick Hadjuk, entitled “Do What Lovers Do” and “I Fell in Love with You”. Both songs were produced several years ago, with a full orchestra.

Steven hails from Indianapolis, Indiana and has an extraordinary songwriting career spanning over 52 years. “Steven’s songs are unlike anything we currently offer in our publishing catalog”, says Cathy Lemmon. She adds, “We are beyond excited to work alongside Steven… and look forward to pitching his Disney “type” songs to the film and television influencers”.

Most recently, Steven spent three days in Nashville, working with ADN’s professional songwriters which include Bill Diluigi, Scott Sanford, and Corey Lee Barker. In the time spent together, they collaborated on a few additional and noteworthy soundtrack quality songs that will be pitched to the film industry.

The Artist Development Network along with Twist of Lemmon Music is looking forward to publishing more fully orchestrated songs for Steven very soon.

Check out the following video production of Steven’s song, ‘I Fell in Love with You’ and give it a share, or a thumbs up.

You can also check out the music Steven provided us regarding the production of his two songs co-published by Twist of Lemmon Music. Prepare to experience the talented group of musicians and vocalists we work with!

Twist of Lemmon Music is the publishing company owned by Cathy Lemmon president of ADN, Inc.

If you would like to get your songs heard, submit your mp3 to: cathy@artistdevelopmentnetwork.com for a free evaluation. You can also send your songs via dropbox, hightail, wetransfer, etc…

From Past to Present – God Bless America!