ADN Songwriter Lands a Song on “America’s Got Talent”

We are so excited and happy to announce some really fantastic news about our songwriter James Breedwell.

Besides co-writing with many of our clients, James Breedwell hosts several songwriter’s nights here in Nashville where many of our songwriter and artist clients have had the privilege to perform their originals songs.

The amazing 10 year old little girl “Jackie Evancho” who shocked the world last week with her unbelievable performance on “America’s Got Talent” has an incredible song called “Teaching Angels How To Fly”, which James Breedweel wrote.

Last year Jackie Evancho was a guest on one of  James’ writer’s nights, and he pitched her his the song, which she fell in love with. We are all so proud of the song and Jackie’s amazing vocal talent. 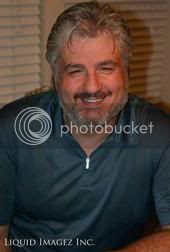 Originally from Cincinnati, Ohio, James Breedwell landed an exclusive writing deal with Laurelwood Entertainment a few years after coming to the Music City. As a Writer for Artist Development Network, he is still putting pen to paper writing songs that touch the heart, bring tears to an eye, or put a smile on a face. His music encompasses diverse flavors (gospel, country, pop, rock, jazz & R&B), offering well-crafted lyrics, melodies, and style.

James has shared the pen with 20 major artists, and written on songs with very talented writers and producers such as Keith Floyd (After 7-Babyface produced them); Big Vinny from Trailer Choir (Toby Keith is producing them); and hit writer, Kostas. In 2009 James landed a cut with singing sensation Jackie Evancho who recently captivated the world on America’s Got Talent.

His extensive musical background also includes writing with Blake Shelton, Joe Nichols, Craig Morgan, and many other talented artists and songwriters, including 6 Number 1 Songwriters of the Year, which include Craig Wiseman who wrote “Live Like You’re Dying” for Tim McGraw & “I Believe” for Brooks & Dunn; Tia Sellers wrote “I Hope You Dance” for Leann Womack; Danny Wells & Dana Oglesby wrote “Check Yes or No” for George Strait; Eddie Kilgallon wrote “One Night at a Time” for George Strait, & Brett James wrote “Jesus Take the Wheel” for Carrie Underwood. He has also written with Top Vocal Coach to the Stars and an awesome songwriter, Brett Manning.

James hosts very successful Writers Nights and Radio Shows where top Writers and Artists enjoy listening to, and finding some of the best songs in Nashville.

From Past to Present — God Bless America!