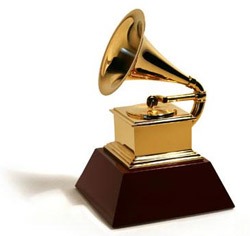 …and all of the others who can help make an artist a star.

Artist Development Network is where you get it all. Bring us your talent and we’ll take the mystery out of how stars are made. It’s all about teamwork: a well organized & comprehensive effort by creative and talented professionals that come to your service in a synchronized fashion. 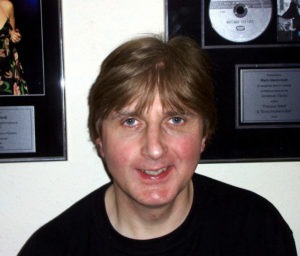 CGMA “Songwriter of the Decade” That honorary award says it all. Kat has had over 30 cuts with independent artists who’ve taken her songs to the radio waves. Alabama topped the charts at #1 with Kat’s co-written smash, “Bigger Plans.” Her 2008 releases include artists Natalie Rose, Crystal LaRochelle & Claudia Carawan. Kat says “One of my favorite things to do is to write with artists who are just getting noticed. Most of them are young and have a lot to say; they just don’t know how to put those feelings into words. It’s a great experience to watch the light come on for a new writer.”

Honored CMA writer, Don can boast a slew of #1 hits. Goodman is the mastermind behind songs like Feelin’s, You Almost Slipped My Mind, Ring On Her Finger – Time On Her Hands, Angels Among Us, Ol’ Red, Rub-A-Dubbin, Dixie Road, Startin’ Over Again & I’ll Pin A Note On Your Pillow. To know him is to love his boundless energy. With hundreds of songs recorded by artists from all fields of music, Don Goodman is living proof that it really does begin with a song.

Nashville’s hard working Julie is both an artist and a writer. She has 3 exceptional CDs of her own music, and she’s firmly in the Nashville groove as a first call co-writer. Julie hasn’t been here long enough to have a long list of number one hits. But since she’s signed up with Tansai Music Group she’s begun to get the cuts she deserves. Songs like Lila McCann’s “Under The Same Sky” & “Like A Rocket” only begin to tap the depth of her writing abilities.

Hailed as Nashville’s next Garth Brooks… Sins is garnering plenty of attention around town. He is also clearly one of Nashville’s upcoming songwriters. By the numbers, Joe Sin’s songs get cut in town far more often than most others. He writes a seriously radio friendly tune. It wouldn’t surprise anyone here if we called Joe up one day only to find him gone, on a bus with a band of his own and a long career ahead of him. In the mean time, we’ll enjoy having him around though!

Karen’s track record is mind boggling. Known as the go-to writer in town, she has penned hits such as Faith Hill’s “Go To Vegas” & “Take Me As I Am”, Tracy Byrd’s “Keeper Of The Stars”, Terry Clark’s “Everytime I Cry”, Michael Martin Murphy’s “A Face In The Crowd”. It is hard to find a better writer on this planet to sit and co-write with than Karen Staley. She’s a thoughtful, energetic beautiful person as well.

Corey Arrived in Nashville in 1998 and he hasn’t stopped since. Major artists who have recorded his songs “Daryle Singletary, Rebecca Lynn Howared, T.G. Sheppard, Cledus T. Judd, Johny Lee (music featured in Smallville season 5). Corey is an energetic and fun man to sit with while writing.

Jeff hosted the world famous Bluebird Café Songwriter’s nights for 16 years. He’s had cuts for Jim Stafford, Barbara Mandrell, Rick Van Shelton, Randy Van Warmer, Hank Williams Jr., The Oak Ridge Boys and countless Gospel artists. Jeff’s time is in demand as both a co-writer and as a lecturer. It is not unusual to find Jeff at songwriter symposiums and NSAI events around the world teaching classes.

Jon’s achievements in the music business are many. Besides being an ace songwriter with Wynonna Judd’s publishing company for 5 years, he is also a world class guitarist. John has toured with Wynonna Judd, spent 7 years as Leann Rime’s guitar player, Lee Greenwood, The Late Johnny Cash, Marty Stuart, Chad Austin, Jesse James, Ty England and Joshua Payne. We’re happy to have Jon with us to write with now that he has made Nashville his permanent home.

In 1981 Robinson sold his piano bar in Bolivia and headed to Nashville TN. It took several years but he finally caught on and landed those staff writing positions at Maypop Music, Walt Disney Music and EMI Music Publishing. Will has had seven #1 records and three top 10 singles: What I’d Say” by Earl Thomas Conley, “There’s No Way – “You’ve Got The Touch” – “Pass It On Down” by Alabama, “I Know How He Feels” by Reba McEntire, “I Never Knew Love” by Doug Stone, “Long As I Live” by John Michael Montgomery, “She Doesn’t Cry Anymore: by Shenandoah, “Love Will Bring Her Around” by Rob Crosby & “Do You Love Me That Much” by Peter Cetera. Will Robinson’s music has racked up total sales of an astounding 35 million records.

David & his wife Carol moved to Nashville in the summer of 2008. As a television & film composer (ABC, NBC, CBS, HBO etc.) he was in search of the vast pool of talented musicians that Nashville offers. But a funny thing happened once he got into town… he started writing songs. And it didn’t take Cathy and David long to meet. When he was asked to come in and write with ADN clients pure magic followed. David’s latest songs are definitely hit quality songs, and, we’re looking forward to hearing a lot of David Harper songs on the radio very soon.

Hit song writers ADN works with have given the music industry some of its greatest songs including:

“There’s No Way” by Alabama
“You’ve Got The Touch” by Alabama
“Pass It On Down” by Alabama
“Angels Among Us” by Alabama
“Do You Love Me That Much” by Peter Cetera
“A Chance” by Kenny Chesney
“Rose Knows” by David Allen Coe
“What I’d Say” by Earl Thomas Conley
“Love Will Bring Her Around” by Rob Crosby
“Dixie Road” by Lee Greenwood
“I Know How He Feels” by Reba McEntire
“Glad I Waited Just For You” by Reba McEntire
“Sweet Country Red” by Dobie Gray
“Love Is on the Line” by Dobie Gray
“Ring on Her Finger, Time on Her Hands” by Lee Greenwood (and later, Reba McEntire)
“Ain’t Your Memory Got No Pride At All” by Merle Haggard
“Some of My Best Friends Are Old Songs” by Louise Mandrell
“18 to 33” by Louise Mandrell and R.C. Bannon
“Long As I Live” by John Michael Montgomery
“You Almost Slipped My Mind” by Charley Pride
“I’ll Pin a Note on Your Pillow” by Joe Royal
“I Can See Forever in Your Eyes” by Telly Savalas
“Ol Red” by Blake Sheldon
“She Doesn’t Cry Anymore” by Shenendoah
“I Never Knew Love” by Doug Stone
“It Ain’t Cool To Be Crazy About You” by George Strait
“Ocean Front Property” by George Strait
“What’s Going On In Your World” by George Strait
“(Without You) What Do I Do With Me” by Tanya Tucker
“Feelins” by Conway Twitty and Loretta Lynn
“Miami, My Amy” by Keith Whitley
“Homecoming ’63” by Keith Whitley

Artists who have recorded songs by The Artist Development Network songwriters include:

Confidently focused and forward moving at all times, Kenny instinctively knows what singers need and precisely what it takes to make them comfortable and successful in the studio. Amateurs and professionals are equally at home with him. And speaking of the studio… the studio that he uses for recording music is his own. Kenny knows every wire and every piece of equipment intimately. He designed it, he built it, he knows what to use for every unique situation. Six isolation rooms (including world class drums) use state of the art preamps, EQ’s and the finest microphones available.

The vibe at Kenny’s place is casual and musical. And perhaps the best compliment Kenny can be given is that his demos sound like radio ready masters. And his masters, sound perfectly brilliant. He has that intangible certain something that makes him a master at his craft.

If you listen to producer Ray B talk about his craft, you will hear words like “heart” and “soul”, “listening” and “communicating”, “magic” and “truth”. His heart and soul are devoted to finding the soul of the project, the heart of the artist. He knows that if he’s done his job well, you will ultimately not notice him at all. That’s OK, that’s a great producer. As Ray says, “An album is a collection of works and the artistry that makes an album special is making great recordings of great songs but songs where every word means something to the artist and ultimately to the listener. It’s certainly not about plugging the singer into my creation.”

Ray’s credits include: Billy Dean’s Let Them Be Little album [Curb Records] Billy Dean The Christ “A Song for Jospeh” [Curb Records], Molson Road Trip, Regis and Kelly promotion, 615 Music’s Contemporary Country, “Silent Night” (duet, Billy Dean and Dolly Parton), “Little Drummer Boy,” “Oh Holy Night,” “What Child is This,” and “Away in a Manger,” all for Billy Dean. Swinging for the Fence”, “I’ll Race You to the Bottom”, “The Christ” recently recorded by Dean on Curb Records.

Music Director, Vocalist and Bassist: A graduate of Lambuth University in Jackson, TN, Ray earned a Bachelor of Music in Vocal Performance. He’s served as Billy Dean’s music director on his Let Them Be Little Tour.

There’s a reason why Dolly Parton seeks out Kent’s abilities when she goes after a new project: he’s great. Housed in one of the most elegant studios in Nashville, Kent can inject major magic into the simplest tune. His roots are pedigree perfect, supporting some of the biggest stars in Nashville such as, Reba McEntire, Kenny Rogers, Brooks and Dunn, The Oak Ridge Boys, Keith Whitley, Lee Greenwood & Travis Tritt, Kent has earned his stature in the community of who’s who in Nashville.

Kent is happy to produce an ADN artist when time and budget permits. The supporting musicians chosen are always the highest caliber. And ADN clients consistently love the final product. He’s just got that “gift” or “thing” or whatever you want to call it. But one things for sure… we all know it when we hear it. It’s unmistakably Kent.

Various producers we work with have produced projects for country superstars including:

I Want to Hear You Sing!

Your amazing journey with us begins with a vocal evaluation. You can submit your demo here or if you don’t have anything recorded you can call me at (615) 589-0777 and I’ll listen to you sing over the phone.

Free Consultation of your Singing or Songwriting Talent. Call 615-589-0777